Several members of Emerge Interactive (a digital innovation company in Portland OR) attended a lunch-and-learn session to which I had been invited, focusing of course on Presumptive Design.

At least 10 folks attended, with roles ranging from Project Management to Lead Developer, and everyone was engaged, asking questions to probe deeper into the method.

One of the key observations by an attendee was how “scientific” the process appeared to be. In an extended conversation after the presentation, I addressed the notion of PrD’s rigor. Neither Charles or I would argue that PrD is a science-based approach in the typical definition of the term science. While we discuss the notion of “intelligent failures” and designing experiments intended to test assumptions, we wouldn’t claim PrD even merits a quasi-experimental approach. 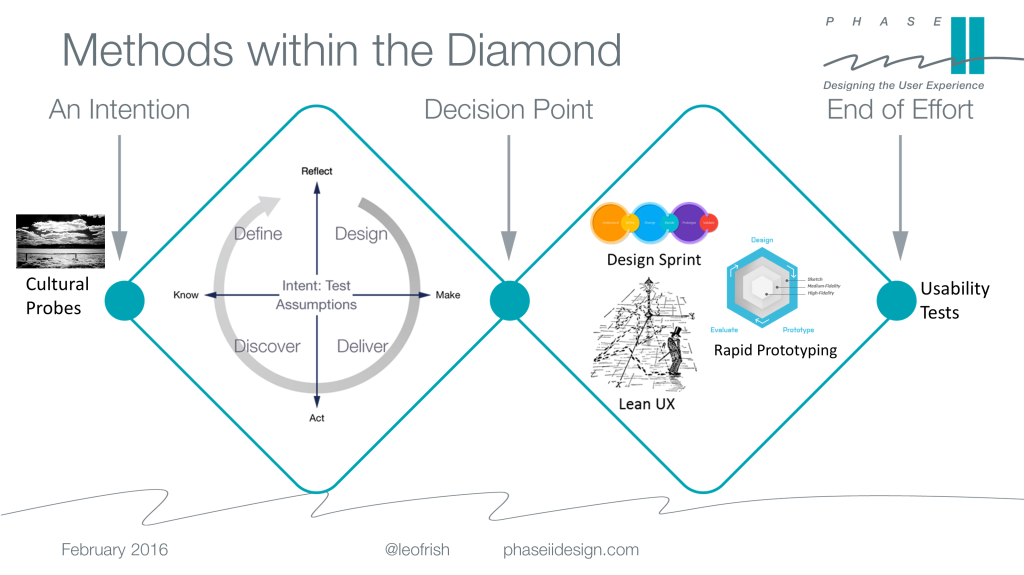 But I did understand the attendee’s point: the way we describe PrD, and especially how we present it in these brief knowledge-sharing events, the method is systematic, rigorous and disciplined. It is based on design-thinking frameworks, with step-wise procedures. All of these attributes do give it a “scientific” flair, but we are quick to suggest the comparison stops there.

If your company would like to learn more about Presumptive Design, please get in touch! We’ll be happy to schedule a knowledge-sharing engagement.