I serendipitously met Corrina Meheil, (one of the PSU lecturers responsible for the PSU Sophomore Inquiry Section: Design Thinking, Innovation and Entrepreneurship) while having lunch near PSU. Corrina couldn’t help but overhear my conversation with an associate about Presumptive Design. She suggested I teach a class on the topic, and naturally I couldn’t refuse the opportunity.

Given the introductory nature of the class (most students weren’t actually in any design curriculum – PSU “inquiries” are meant for any interested student) I kept the material to a “survey” course on design thinking while keeping to the theme of “Disabilities.”

Pulling from Chapter 2 in the book (which discusses Design Thinking as the foundation to PrD) I spent about 30 minutes laying the groundwork for exercises to come. 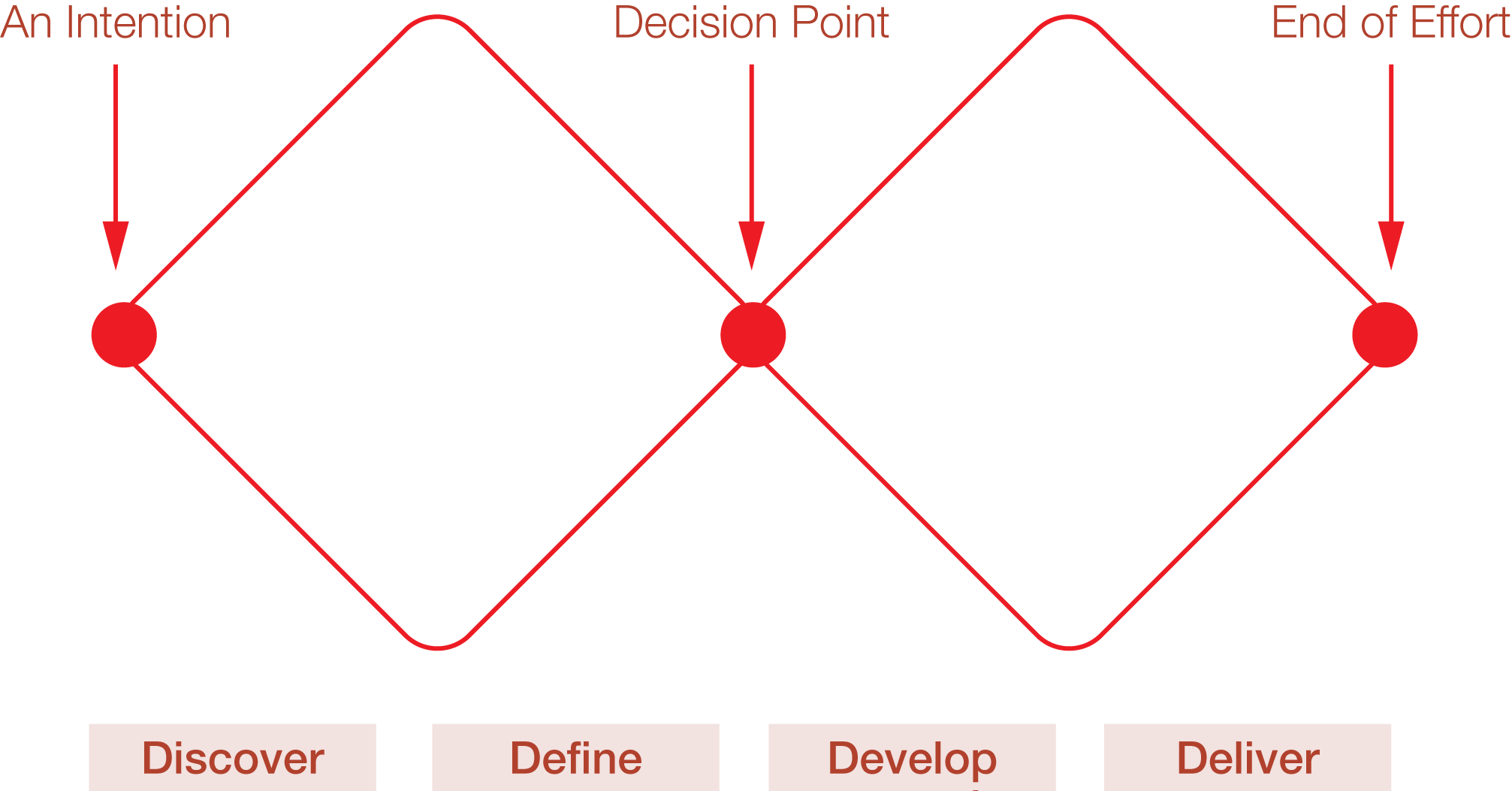 The majority of the time was spent on team-based activities associated with a typical television remote control. The activity was broken into two parts: in the first part, teams were offered a remote control and asked to identify as many assumptions about the device as they could come up with in 5 minutes. In the second part, students were asked to simulate arthritis by taping all of their knuckles. Now, with their hands less enabled than before, they were asked to consider a completely different context from the classroom: an assisted living community room in which the remote control was situated. Once again, they were asked to brainstorm, but the focus in the second half was on redesigning the remote given its new situation.

Throughout the class, students were asked to consider in which quadrant they were operating (using the Owen/Kumar/Sato model) or which phase (given the UK Design Council’s double-diamond model).

The time passed far too quickly, and the positive comments (along with the complete lack of nodding off, cell phone use or other distractions) led me to believe the session went well.

If your organization would like to learn more about Presumptive Design, please get in touch! We’ll be happy to provide intact training.

And, if you’d like a copy of the presentation I gave to the PSU class, all you have to do is ask.